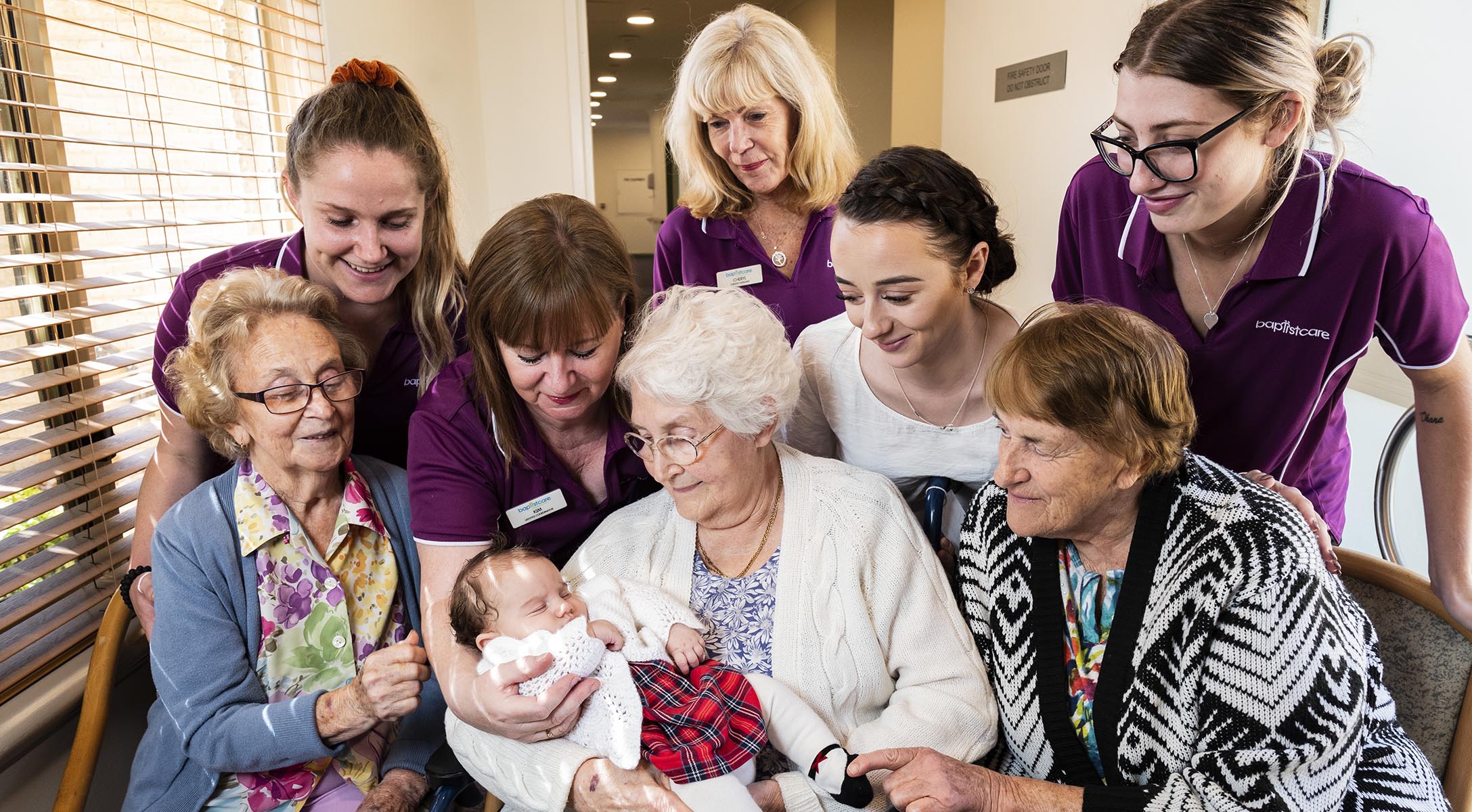 It is said it takes a village to raise a child and when it comes to two-month-old Pyper Nancy Winter, nothing could be closer to the truth. Instead of the usual number of grandparents, she has 98 adoptive grandparents at Baptistcare’s Gracehaven Residential Care in Rockingham doting on her.

But the fact Baptistcare’s residents have so lovingly embraced the tiny tot is no surprise to new mum, Zoe Jordan, who has had a deep connection with Baptistcare Gracehaven since arriving in Perth with her family from Northern Ireland back in 2008.

As a teenager, Zoe became a volunteer at Baptistcare Gracehaven and when she was old enough, she qualified as an Allied Health Assistant in Aged Care.

Zoe said she had been overwhelmed by the great support she has had from residents.

“I have known a lot of the residents for many years, so it only seemed natural to share my pregnancy with everybody. In fact, a few people guessed that I was pregnant even before I knew myself.”

“It was wonderful to have so many residents cheering me on every step of the way, offering advice and being an active part of the process.”

According to Baptistcare Gracehaven’s Lifestyle Coordinator, Kim Jordan, Zoe’s pregnancy and the birth of Pyper has had a positive effect on the residents who enquire about her and want to see her as much as possible.

“For many of them, the memories they hold most clearly are of the distant past and a new baby has helped many residents to capture those precious moments they had as parents.”

When 5-year-old Mia Rodriguez heard Baptistcare Gracehaven Residential Care in Rockingham could no longer have visitors due to COVID-19 protection measures, her heart went out to the residents.

Serving up happiness in a cone at Baptistcare Gracehaven

What is the difference between CHSP and HCP?